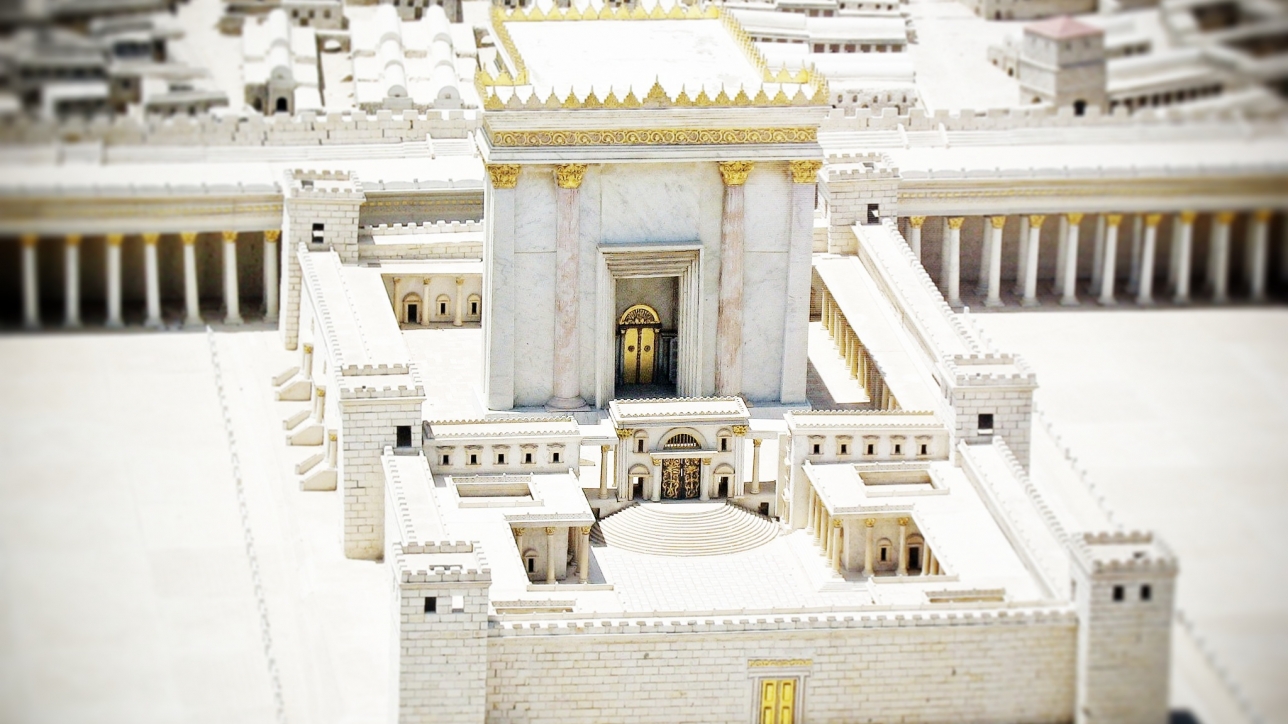 The Hanukkah story is almost unknown among most Christians. And yet, Hanukkah is historically the best documented of all the Biblical Feasts. It is described in the Apocryphal books of 1 and 2 Macanese, but is also referred to in a number of places in both the Tenach (OT) and the Apostolic Writings (NT).

Both Daniel and Zechariah describe prophetically the Hanukkah story and we also have important and clear end time, prophetic references to Hanukkah in Matthew 24, Mark 13, 2 Thessalonians 2 and Revelation 13. One of the main figures in the story, Antiochus Epiphanes, is the clearest picture we have in the Bible of the coming antimessiah (antichrist).

Hanukkah is the story of victory over apostasy and lawlessness. It is therefore very important for us today. Yeshua honored this Feast as we see in John 10, and Hebrews 11:33-38 includes the people involved in the Hanukkah story in its list of the heroes of faith,

“who through faith conquered kingdoms, administered justice, and gained what was promised; who shut the mouths of lions, quenched the fury of the flames, and escaped the edge of the sword; whose weakness was turned to strength; and who became powerful in battle and routed foreign armies. Women received back their dead, raised to life again. Others were tortured and refused to be released, so that they might gain a better resurrection. Some faced jeers and flogging, while still others were chained and put in prison. They were stoned; they were sawed in two; they were put to death by the sword. They went about in sheepskins and goatskins, destitute, persecuted and mistreated— the world was not worthy of them. They wandered in deserts and mountains, and in caves and holes in the ground.”

Let’s take the story from the beginning. In 332 BCE, the armies of Alexander the Great defeated the Persian ruler Darius III at Issus. Only three years later Alexander’s swift armies had conquered the entire then-known world from Europe to India. His mentor was Aristotle, and Alexander used Greek culture to unify his vast Empire.

After a very short career, Alexander died at only 33 years of age and his empire was divided between his four generals into four different kingdoms. Two of the superpowers, the Syrian and the Egyptian kingdoms referred to in Daniel chapter 11 as the king of the North and the king of the South, became bitter rivals with little Israel constantly caught in the middle.

In 171 BCE, Antiochus IV ascended the throne in Syria (Dan 11:21). He was a very evil ruler, full of pride, and he took the name Antiochus Theos Epiphanes, or Antiochus Epiphanes (meaning “God manifest”). He worked hard to “Hellenize” his subjects by forcing them to adopt the Greek culture and religion.

As a result two parties developed in Israel. The first wanted to adapt to the Greek influence, while the second was committed to stay pure and faithful to the covenant. The High Priests own brother was among the Hellenists, and he even changed his name from Yeshua to the Greek name Jason. By offering Antiochus a bribe, he received his help to become High Priest instead of his brother, eventually killing his brother. The apostasy described in Daniel 11:32 was in full swing. “With flattery he will corrupt those who have violated the covenant, but the people who know their God will firmly resist him.”

The apostate Jason went on to build a Greek gymnasium in Jerusalem, where the men performed nude according to Greek fashion, and a temple to the Greek God Phallus. He also enrolled the people of Jerusalem as citizens of Antioch, the capitol of Syria.

An even more fanatical Hellenist named Menelaus, paid an even larger bribe to Antiochus to become High Priest instead of Jason. Menelaus was not even of a priestly family and in order to pay his promised bribe he had to sell the golden vessels from the Temple.

At this time the ambitions of Antiochus Epiphanes had grown, and he set out to conquer the world and revive the entire empire of Alexander. Eventually Rome stopped him in his tracks, and in anger he began to turn against the Jewish people, destroying Jerusalem and killing thousands. Daniel had prophetically foretold almost 400 years earlier exactly what happened.

“Ships of the western coastlands [Rome] will oppose him, and he will lose heart. Then he will turn back and vent his fury against the holy covenant. He will return and show favor to those who forsake the holy covenant. His armed forces will rise up to desecrate the temple fortress and will abolish the daily sacrifice. Then they will set up the abomination that causes desolation.” (Dan 11:30-31)

On Kislev 15, 168 BCE, Antiochus Epiphanes erected a statue of Zeus, but with his own face, on top of the holy altar in the Temple. Ten days later, on Kislev 25, the birthday of Zeus, he offered a pig on this altar. He sprinkled its blood in the Holy of Holies and poured out its broth over the Torah scrolls before he cut them to pieces and burnt them. The Temple was converted to a shrine to Zeus.

Antiochus then went on to issue a death sentence over anyone who observed the Sabbath, kept the biblical dietary laws, was circumcised or even studied the Torah. Whole families were put to death. Babies were hung around their mothers’ necks and they were thrown from the walls of the cities, as thousands became martyrs for their faith. One of them said before he died, “It is good, being put to death by men, to look for hope from God to be raised up again by him.” (2 Macc 7:14) Hebrews 11:35 says, “Others were tortured and refused to be released, so that they might gain a better resurrection.”

When Antiochus soldiers came to the little town of Modin, close to Jerusalem, they built an altar to Zeus. Then they assembled all the townspeople and ordered an old priest named Mattathias to sacrifice a pig on it. Mattathias refused. But an apostate priest stepped forward in his place in order to perform the abomination. In rage Mattathias grabbed the sword of the closest Syrian soldier and killed him. He then rushed forward and also killed the apostate priest upon the altar. In the commotion that followed his five sons followed his example, and overpowered the other Syrian soldiers killing all of them.

The people fled to the mountains to avoid Antiochus’ revenge. The revolt, however, spread. The old priest Mattathias died of exhaustion and sickness after one year, but Judah, one his five sons, who was nicknamed “the Maccabee” or “the Hammer”, because of his military might, succeeded him. After three years of hard guerilla warfare the small band under Judah the Maccabee and his brothers was able to throw out the Syrian forces after two stunning victories in open battle.

“I will rouse your sons, O Zion, against your sons, O Greece, and make you like a warrior’s sword. Then the LORD will appear over them; his arrow will flash like lightning. The Sovereign LORD will sound the trumpet; he will march in the storms of the south, and the LORD Almighty will shield them. They will destroy and overcome with slingstones.” (Zec 9:13-15)

After their victory, they immediately set out for Jerusalem to restore the Temple. On Kislev 25, 165 BCE, exactly three years after the Temple had been defiled, they rededicated the altar to the LORD. There was only enough holy oil for the menorah to last for one day, but according to tradition the oil miraculously lasted for eight days until new oil had been produced.

Whether this is true or not, the Most High had for sure done a great miracle, in that a tiny nation had overcome the superpower of the day and gained an independence that lasted almost 100 years, as the saying goes during Hanukkah: “Nes gadol hayah sham.” “A great miracle happened there (or “here” if you live in Israel).”

The miraculous victory over the ungodly forces of apostasy through the Maccabees, gained religious freedom for the Jewish people until the Messiah was born. When he was carried into the Temple by his God fearing parents to be presented before the LORD, the prophecy of Haggai was fulfilled, “‘The glory of this present house will be greater than the glory of the former house,’ says the LORD Almighty.” (Hag 2:9)

When lighting the candles during Hanukkah the following blessing is read, “Blessed are you LORD, our God, king of the universe who performed miracles for our ancestors in those days at this time.” Why should Gentile believers celebrate this feast? Here are a few reasons

1. The miracles that happened during Hanukkah made it possible for the Savior of the world to be born. We certainly need to celebrate that.

“When the time of their purification according to the Law of Moses had been completed, Joseph and Mary took him to Jerusalem to present him to the Lord (as it is written in the Law of the Lord, ‘Every firstborn male is to be consecrated to the Lord’), and to offer a sacrifice in keeping with what is said in the Law of the Lord: ‘a pair of doves or two young pigeons.'” (Lk 2:22-24)

2. We have been grafted into God’s covenant people. Their history is also our history. Paul calls Israel “our forefathers.” (1 Cor 10:1)

“you, though a wild olive shoot, have been grafted in among the others and now share in the nourishing sap from the olive root.” (Rom 11:17)

3. The nations are called to rejoice with God’s people Israel.

4. Hanukkah is the story of victory over apostasy and lawlessness that will be repeated again in the last days.

“Dear friends, although I was very eager to write to you about the salvation we share, I felt I had to write and urge you to contend for the faith that was once for all entrusted to the saints.” (Jude v. 3)

5. We are the temple of the Lord and need to dedicate our lives to be ready for the second coming of the Messiah.

“In him the whole building is joined together and rises to become a holy temple in the Lord. And in him you too are being built together to become a dwelling in which God lives by his Spirit.” (Eph 2:19-22)

6. We need to pray for a faithful remnant today again in Israel.

“This is what the LORD says: ‘Sing with joy for Jacob; shout for the foremost of the nations. Make your praises heard, and say, ‘O LORD, save your people, the remnant of Israel.'” (Jer 31:7)

7. We need to pray that God will repeat the miracles of Hanukkah again in Israel.

“On that day, when all the nations of the earth are gathered against her, I will make Jerusalem an immovable rock for all the nations. All who try to move it will injure themselves. …On that day I will make the leaders of Judah like a firepot in a woodpile, like a flaming torch among sheaves. They will consume right and left all the surrounding peoples, but Jerusalem will remain intact in her place.” (Zec 12:3,6)

8. We can celebrate that the Word became flesh inside of Miriam (Mary) at this time of year.

“The true light that gives light to every man was coming into the world.” (Jn 1:9)

See our articles for more information about the birth of Messiah and tips on how you can celebrate Hanukkah with your family in a meaningful way.

It is so important that we stay faithful to the Word of God and are guided by its light in these last days! Psalm 119:105 says, “Your word is a lamp to my feet and a light for my path.” Take a stand for truth and celebrate Hanukkah this year.